This study aims at investigating the representation of Yazidi and Turkmen people on Turkey’s media following the occupation of Şengal (Sincar) by ISIS. While the research is based on the principles of peace journalism, a critical approach has also been adopted. Newspapers Evrensel, Birgün, Cumhuriyet, Hürriyet, Sabah and Yeniçağ have been selected as sample regarding their political and economic positions together with their publishing principles, and they have been examined based on the proposed principles of peace journalism. The principles of the critical discourse analysis applied to the newspapers published between the dates 4 - 31 August 2014, the findings have been evaluated and the results have been discussed in the context of peace journalism principles. At the end of the research, it is seen that the newspapers that are subjected to critical discourse analysis are far from the peace journalism principles of Lynch and McGoldrick who suggest the media can take a positive role for encouraging and promoting peace. Also, Yazidis and Turkmens are represented as “we/other” depending on the ideological position of the newspaper, rather than the “victim” of the war. 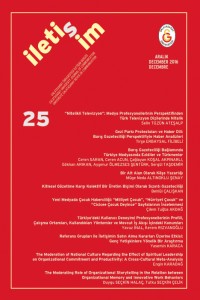