This study is mainly focused on the relationship between cinema and philosophy. Based on this focus, an analysis was carried out on cinematic images of the film directed by Onur Ünlü, “Aşkın Gören Gözlere İhtiyacı Yok”, within the framework of Elie Faure’s notion of “cineplastic”. Firstly, to show the context of the philosophical analysis of the film, the emphasis was placed on the origins of film-philosophy, the various approaches to it, and the discussions on the subject. Then, the film was discussed within the framework of cineplastic. From the cineplastic perspective, it was observed that some of the motion-time blocks in the film are transformed into still images, using a slow-motion technique to bend and extend time. It has been seen that slow-motion also removed the film that invites intellectual participation from the organic narration. Additional to still images, the use of close-ups and the unusual preference for light emerge as other cineplastic elements in the film. Accordingly, it is possible to claim that, by these preferred cineplastic uses, the film itself comes close to the competence of philosophizing. 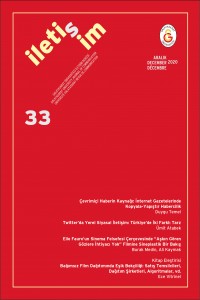