Minimalism in Cinema: A Study on Pickpocket

By addressing the development of a new point of view against the consumption culture, the minimalism which defends – an extreme simplicity – has first become popular in USA during the 60’s. The term “minimal” which carried the meaning of "reduced to minimum", was first used in painting and sculpture. Meanwhile, in connection with painting, the term was also used to describe the movies in which the cinematographic tools such as editing and camera movements were reduced to minimum. However, because of Robert Bresson’s extremely minimalist approach peculiar to him, his films may not be considered neither as mainstream cinema nor the French New-Wave. In this article the director’s movie “Pickpocket” dated 1959 is analyzed in light of “metonymic minimalism”, classified by Kovács as one of the late modern cinema styles. In this scope, the dynamics determined by the theorist are discussed through sample scenes from the movie. 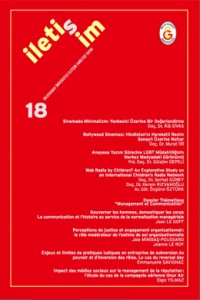