“New Liberalism” of Forum Journal in the 1950s

This study analyses the main ideological framework of Forum journal in the 1950s. Founded in 1954, Forum immediately became the voice of political opposition through targeting the anti-democratic policies of the Democratic Party. The journal immediately established ideological and organic links with the opposition political parties of the period, namely the Freedom Party and the Republican People's Party. Consolidation of a liberal democratic regime in Turkey and achieving a rationally planned economic development were two major aspirations of the journal. According to Forum, intellectuals and scientists ought to play a central role in achieving these goals. This article argues that Forum did not only influence the political opposition in the 1950s, but also became a source of inspiration for the post-1960 political and constitutional regime. 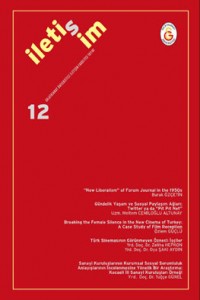