Miyazaki and the West: A Comparative Analysis of Narrative Structure in Animated Films for Children

The essay undertakes an analysis of selected animated films for children produced by production companies such as Disney and Dreamworks between 1994 and 2006, and compares the results with those of a parallel analysis of films written and directed by Hayao Miyazaki and produced by Studio Ghibli in Japan, the only Japanese animated films with a similarly global audience. The analysis is guided by the approach of the Russian folklorist Vladimir Propp in the identification and tabulation of key narrative elements, which Propp termed 'functions'. The results of the tabulation indicate that the generic elements common to the 'western' animated examples are largely absent from the narratives of the Studio Ghibli films. The analysis also reveals a disparity in the ideological intention of the two groups of films: the western examples, with few exceptions, emphasise the primacy of the group or family, with their characteristic ideals of tolerance and solidarity, while the Ghibli productions adhere to what is in many respects a more traditional struggle between the representatives of good and evil, within a broadly ecological context. The implications of these findings are examined in terms of the relationship between conventional narrative devices and imaginative cinematic storytelling for children. 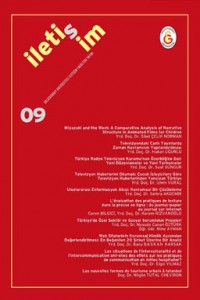