The most of the theories on Internet, assume that Internet is a tool of the social change. The present of different identities in Internet seen as the proof of the democratic structure of Internet. The one of the main assumption of his study is that democratic function of Internet can only proof with different contents and different agenda of different identity. The study includes two researches which had been done in different periods. In the first research, the discussion lists of members which are belong to different identities, have been studied. The relation between these lists and dominant discourse has been evaluated. In the second research, the reproduction of the same identity in different social context has been studied. The mean problematic of the study is if Internet has the function of become democratic. Research finding is that Internet make different identities became passer of the dominant discourse. 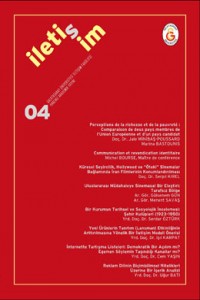