Are we Consuming Goods or Cultural Values through Commercials? A study on Television Advertisements on Communication Service Providers

Advertising, oftentimes construed as a hypnotizing phenomenon, has turned out to be an ever-growing sector the main aims of which consist of giving information, persuading, and triggering action. Provided that the percentage indicating the ratio of television viewing, and the prevalence of advertisements promoting the campaigns of communication service providers are scrutinized, embodied cultural values into these advertisements as a means of attention-getting appear to be evident. In this study, the key concepts constituting the texts were identified by means of analysing the discourse of 30 communication TV advertisements via the method of content analysis, and these concepts
were described with respect to their relationship with cultural values. The findings revealed that the most widely-used concepts in the selected
advertisements were the underlying concepts of traditional values such as “family”, “love”, “sharing”, “solidarity”, “friendship”. 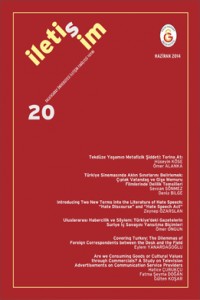