From the Voice of America to Radio Ankara: The Construction of Public Opinion During the Korean War

From the Voice of America to Radio Ankara: The Construction of Public Opinion During the Korean WarTaking a decision for participation in the Korean War, which outbroke in June 25, 1950, has been one of the major turning points in the history of the Turkey in terms of the political and military perspective. Turkey with that decision taken, for the first time in the history of the Republic, both participated in a de facto war and also sent troops abroad. The government took such a decision under the influence of international political conjuncture in order to achieve his predetermined foreign policy objectives. The government, taking that decision without having the public opinion, had tried to mold a public opinion to avoid losing public support after the decision by applying various political public relations strategy and tactics accordingly. In this study, public opinion setting of the radio, which operated under the control of the government at the time, in accordance with the government’s decision, will be analyzed through the conventional qualitative analysis method. Analysis of the public opinion setting during the Korean War, which was an important phonemenon in the recent history, from the public relations perspective for the first time is what makes this study unique 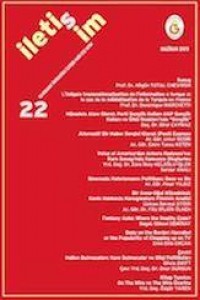