Add To My Library

Transformation of Drama Series Watching Practices on The Internet: A Study on Binge-watching

The television watching experience has changed due to the transformation of television in time and new watching practices have emerged. The concept of binge-watching which refers to watching multiple episodes of a series consecutively started to be used with DVDs. However, the use of the concept has become widespread with digitalization, which enabled access to drama series through the internet. Nowadays the binge-watching concept has been associated with Netflix and other videos on demand (VOD) platforms. In this study, we explore the binge-watching practice, which has become popular in Turkey, through data obtained by focus group discussion. We aim to understand why and how the participants binge-watch and learn about their opinions towards the practice. While conveying their views on the binge-watching experience, the participants expressed that binge-watching caused a waste of time, fatigue, dizziness, and addiction. Despite their negative views on the practice, participants prefer binge-watching for different reasons such as concentration, avoiding spoilers, being able to socialize through conversations on dramas, getting away from the agenda,
and passing their free time. 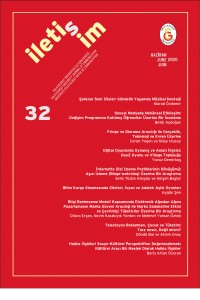