Use of Influencers via Instagram in Digital Diplomacy: Case Study Analysis of Troya Ruins

After the Cold War, while the concept of "hard power" lost its influence, a new concept called “soft power” in the field emerged, and this new concept has been discussed in various studies since 1990. The soft power concept represents a diplomacy process that is carried out without applying oppressive and coercive power and restrictions. Another concept that emerged within the framework of soft power was public diplomacy. Public diplomacy aims to create a positive image and to gain trust by influencing the public with different fields such as culture, tourism, music, language, food, education. Technological developments, the internet and developing network systems, new media tools have reshaped public diplomacy practices and created the concept of "digital diplomacy". Digital diplomacy focuses on the use of different digital platforms and social networking sites for more effective and interactive public diplomacy activities. One of these effective tools is the photo/video sharing platform Instagram. Within the scope of this study, the understanding of digital diplomacy is discussed through Instagram. As a research object, the Instagram accounts of five social media influencers who were invited to Çanakkale by the Ministry of Tourism and Culture, due to the 20th anniversary of Troy Ruins being included in the World Cultural Heritage list in 2018, were chosen. As the research, a descriptive case study was conducted. The findings showed that while the interactive potential of Instagram was not used sufficiently, the use of emotion and visual cultural elements in terms of digital diplomacy was used effectively. 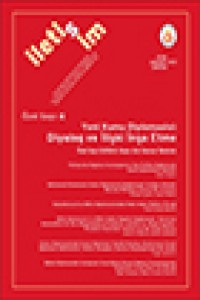