Researching the Middle: Visual Ethnography as an Experimental, Innovative Method

The purpose of this article is to contribute to the body of knowledge that argues for necessity of enacting creative, performative research methods that incorporates embodiment and reflexivity. It suggests studying social phenomena by highlighting liminality, that is to say, being in-between and in the middle. The epistemological issues in context of representation and reality are critically evaluated, in defense of experimental innovative methodological searches, in particular visual ethnographic methods. The very premises of this article stem from knowledge acquired through practice and performance, by dancing and using a video camera simultaneously during fieldwork of a research on dance, the researcher rendered the very experience of middling (between dance and camera) as a method of investigating social phenomena in its fluidity and temporariness. In that context visual ethnographic methods are offered as a way, in which the researchers can reach at another form of knowledge, which is not attainable through using conventional social scientific methods. In investigating dance in high-tempo, repetitive, rhythmic, continuous music that lasts over a long time, the main line of argument of the research was that dance is fundamentally elastic and therefore it can neither be located nor limited or identified through writing. It challenges the objective realist claims of social scientific methods. By engaging in dancing and using a video camera it generates and offer this as dancing methods. 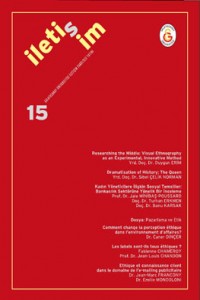