The Envisagament of Panoptic Control in the Neoliberal Order: The Movie The Platform and Afterthoughts

The movie titled The Platform contains many metaphors and symbols that requires reflection about today's unequal neoliberal order by taking into account the panoptic model of control. The prison model envisioned in the movie is almost like a concrete metaphor for a world shaped according to the neoliberal economic system. In the place of control with a total of 333 floors, those on the upper floors greedily feed themselves, while those below naturally starve. The real power that manages and controls this ruthless mechanism is invisible to the eye. The study aims to examine the aforementioned movie with regard to the neoliberal living order in terms of its results reinforced by panoptic control and in this respect, it is significant in terms of establishing a direct relationship between the concepts of neoliberalism and surveillance. In the study, mainly semiotic method and in addition, sociological analysis, a frequently applied method in the field of film analysis were used and as a result the destructive effects that emerge at the point where the dominant neoliberal order meets the disciplinary desire of the power were found out. 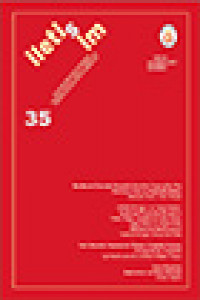