Making Meaning out of VR Stories: A Reading within the Context of the Cinema of Attractions

VR has been spread to general use since the 2010s with increasing sales values every year and the initiatives announced on its behalf; VR appears as a candidate striving to gain a place for itself. The way this tool tells a story is so novel that it can only be discussed through the designs that will be implemented. This study aims to engage in a similar discussion and contends that VR stories, which are to develop a specific language for themselves, can attain success by keeping their distance from classical narrative cinema. VR is not a tool that has designated rules and analysis methods. The lack of a precise frame of analysis requires one to lean back on former tools and methods. Following a similar method, this study utilizes the concept of the cinema of attractions. This study is based on a theoretical framework that is executed by describing the cinema of attractions. Portrayals of the cinema of attractions obtained from this theoretical framework are used to discuss VR stories. In this study, motivations of the cinema of attractions that highlight the interaction, emphasize the presence of the audience, and aim to shock them, are used to interpret VR stories. By assessing two VR experiences, namely The Key (2019) and Goliath (2021), that are favored as the object of analysis considering their success in the field, it is concluded that trying to comprehend VR stories as simulations and differentiating them from the classical narrative cinema and its strategies based on the representation could be beneficial in revealing the potential of VR. 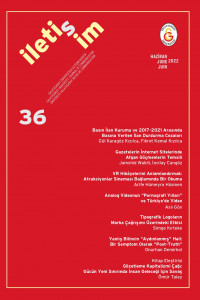