Perspectives on Fatherhood and Manhood in New Media: A Narration Analysis of Polish, Turkish and British ‘Daddy Blogs’

Blogs can be analysed as a tool for information, identity, and building and maintaining relationships. This study examines the phenomenon of “daddy blogs” and aims to identify the construction of masculinity and fatherhood in these blogs. The paper presents results of the qualitative research on the most popular parental blogs, written by men from Poland, United Kingdom, and Turkey (three from each country). Study sample contains 90 blog posts, which have been analysed qualitatively using MAXQDA Software.

As the result of the study, three common patterns of constructing/expressing manhood and fatherhood have been found. Firstly, manhood and fatherhood are presented in the wider, social context. In the blog posts, the role of a father in society, as well as gender norms are negotiated. Secondly, fatherhood is presented in the relations to children and duties regarding bringing them up, with visible differences in describing father – daughter and father – son relations. The authors often write about health, children’s development, psychology, bullying and cyber-bullying, which can be understood as motivation to share information rather than just express themselves. Lastly, manhood and fatherhood are presented from the perspective of an individual, which is mostly expressed in texts about self-development, happiness and wellbeing. The most common motives in these categories were: the role of a family and relationships in life, life-work balance, time management, and spending quality time with family. These three perspectives complement each other, creating a complex construction of a man and a father, balancing between traditional and modern roles. 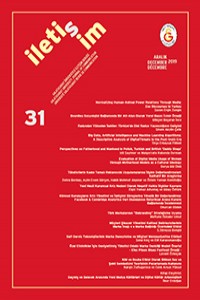